Ramadan in Italy at Covid-19 times 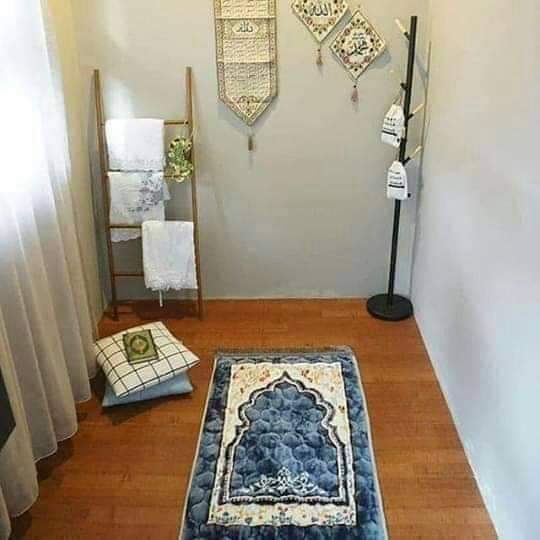 Fortunately, however, things will not change at home, where we have now lived in total lockdown since 10th of March: Moroccan who has moved to Italy for years, Khadija says:«With my daughters I prepared the corner for prayer with carpets and the Koran, then together we set up the decorative lights and posted the pictures with their designs on the walls. Finally we had fun preparing the typical Ramadan sweets in Morocco and all the other beautiful things that we can do together this month».

The coronavirus, or rather the Covid-19, surprises me in Lecce, Apulia region, the South of the country. As every Islamic community in Italy, also the community in my town has had to adapt to the new routine, following the directives of prevention indicated by the Government. My first impact with deprivation in my Muslim life has been the closing of the Mosque and the and prayer room.  So, I have renounced the prayers (Salat) in the Mosques, and the Jummah on Fridays, because I have been invited not to suspend the religious obligation, but to do it at home.

Sara Malik, president of the women’s sector of the National Association of Italy-Pakistan (Anip), tells me how this Ramadan will also be for a Muslim from the Asian area: «Our family has prepared itself with general and very thorough cleaning, we have a small corner of the house used as a small mosque, with cardboard cutouts that we color and prayer rugs of all sizes for the family, we are always preparing chores for the children with the children, writing “Ramadan Kareem”. With our eldest son, Omar, who is 3 years old, we are making a small notebook to prepare for this sacred period: we will take a photo a day and put it in a diary, while with my friends I am deciding which recipes typical of our Pakistan we will cook during this period, also to pass the time, and we are trying to organize ourselves in order to make Tarawih online jointly with our children».

Just the topic of prayers to be streamed on the internet gave me much comfort to other Muslim brothers. For example, some associations will broadcast Tarawih online, as invited to perform Adhan from the balconies and the National association of Italian Muslims (Anmi), will broadcast live the first Ramadan Adhan on Facebook on April 24 shortly before the iftar. But the topic is complex: what value do prayers streaming have? To understand how to orient myself, I asked Mahmoud Elsayed, imam of three mosques in Milan, for advice, and he replied with great skill. I asked him a very widespread doubt, he told me, because «especially in European countries, such as Italy, where there are Italian Muslims or non-Arabic speakers, who do not know the Koran enough, or do not know it by heart and do not know the Arabic language, living the spiritual experience of Ramadan is more difficult».

The Internet can become a very useful tool for this, but to what extent «there have been many discussions in this regard, and two opinions have been reached: a minority that has led to a fatwa that considers prayer on the Internet to be fully valid». And in Milan only one mosque has adhered to this vision, the “Casa della cultura musulmana” (House of Muslim culture), which will transmit the Friday sermon and the Tarawih prayer.

«The majority – the imam continues – prefer to follow the need for a guide to be present. This is also the position of the Fatwa European Council, which however accepts the transmission of the Friday sermon, because one does not want to leave the faithful for two months without what can be considered the spiritual comfort for his heart ».

How will Mahmoud decide for himself? «I tend towards the second opinion: I will do the prayer at my house by guiding my family as the prophet did, except sometimes when the brothers asked me to experience prayer as non-Arabic speakers and they would like to live this atmosphere of spirituality, gathering at a distance, but only for a listening experience».