To die in Italy for muslim people is a double tragedy, especially under the Covid-19 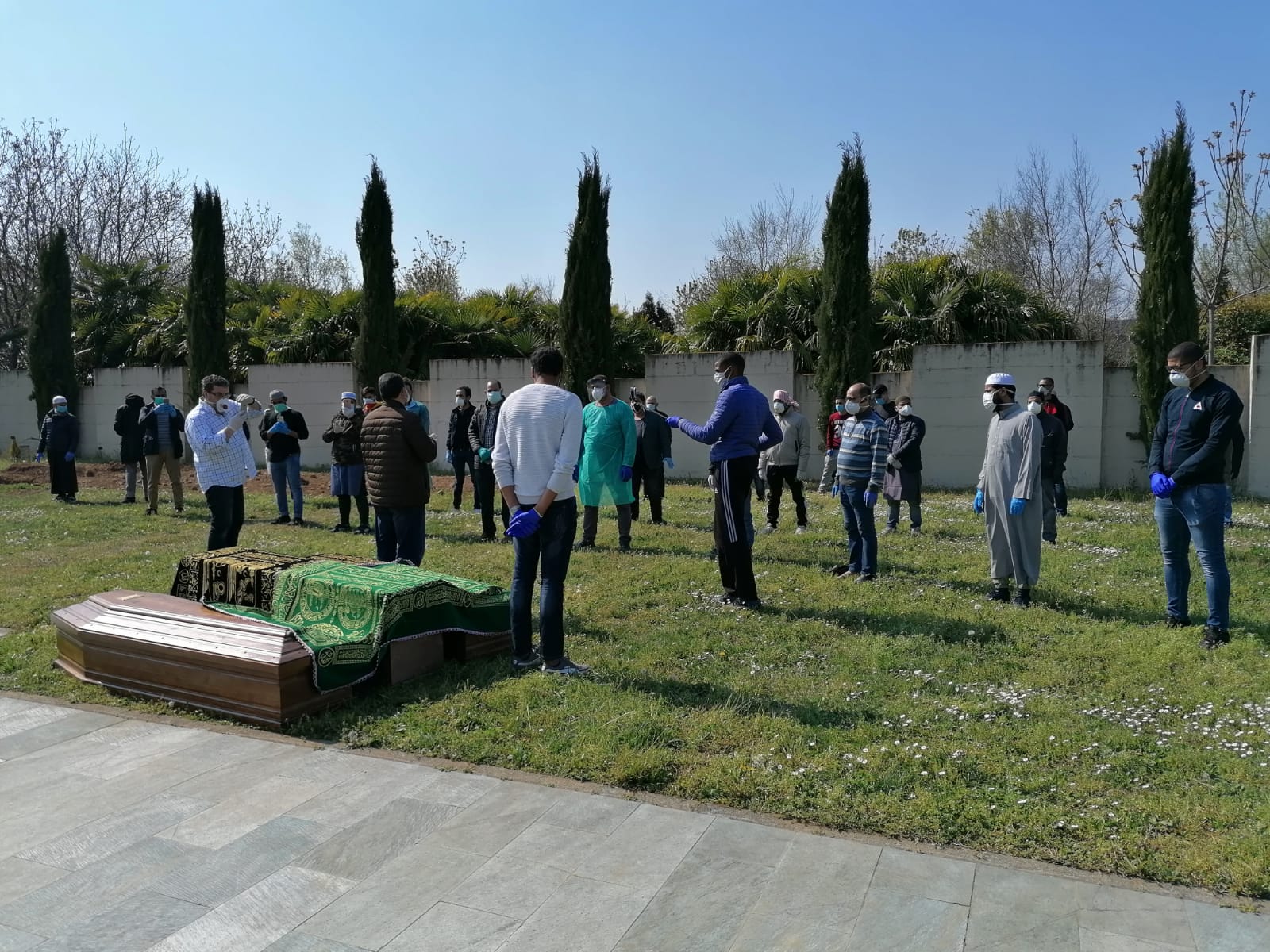 Bergamo was by far the most affected city by Covid-19 in Italy. The first Muslim dead in town was an Egyptian – says Wahid Arid, manager responsible for funeral services of Muslim rite to the city cemetery -, shortly after arrived two more deceased: husband and wife Moroccan. The wife died within 24 hours of him. By that time we had already finished the space available for the Muslim faithful. The couple was buried with the bodies wrapped in the cloths, but in the same coffin. In a few days we reached twenty bodies, mostly people from Pakistan, Senegal, Bangladesh. An already abundantly unsustainable number for the only cemetery in Bergamo. And we had deaths of all ages».

Even before the problems of space, it was very difficult to be able to wash the bodies according to the Islamic rite, so in agreement with the health and institutional authorities, with the commitment in the forefront of the mayor Giorgio Gori, Councillor for Cemetery Services Giacomo Angeloni and the activation of the Islamic Cultural Center, we opted for purification through the taymom, «a technique that is used when in the desert there is no water, so you pass your hands on the stone and on the earth to symbolically wash the deceased, who in Italy can not simply be wrapped in the cloth and buried, but must also be left in coffins».

It was significant to be able to carry out small ritual commemorations, even cumulative, even five or six at a time. Luckily now the number of deaths seems to be much reduced».

Most of the deceased wanted to be repatriated, but the blockade of flights led many mayors to have to solve a long-standing problem, even with temporary ordinances. «In Bergamo we have obtained a sector for Muslims since 2008, but there was no possibility of accepting even corpses from the municipalities of the province. With this emergency the Islamic center has worked to resolve the impediment and we have arrived at a more permissive order, at least for now». We know at least five cases in which from the provinces of Bergamo and Milan some brothers had to wait before they could bury their loved ones. Chaos was being created, but then came the green light from many cities».

But is it true that someone was forced to cremate their loved ones, despite the fact that this is not something allowed by religion? We do not know it. If someone did it, that was the choice of family members, but it is not due to logistical difficulties. The problem now concerns the duration of the ordinances and the emergency itself. The bodies should not be exhumed, exceptionally, but some of them will be exhumed because they will have to be repatriated. But we know that in Bologna you can exhume within a maximum of eight months». Even repatriation seems difficult, at least towards some nations: «We have heard from Senegal, who will want to prevent the repatriation of the bodies, and the same from Tunisia, for fear of infection. With Morocco, however, there seems to be a broad dialogue, thanks to the commitment of the consul Bouzekri Raihani and the vice-consul Abdelaziz El Bouzouri, who among other things have borne the funeral costs for the Moroccan brothers». The emergency is not over yet, however: «We always travel to the average of a deceased to be buried a day, at least, and it is too early to say that it is really over». To remedy what is sometimes the extreme poverty of some families, has also activated the association of young Muslims MY-BG, which is committed to the transport and expenses of the ceremonies, along with the imam of Bergamo, Cheikh Kamel. «We don’t know what it will be like after and if some historical problems can be overcome, for now we live by the day and in compliance with the rules», concludes Wahid.

Mahmoud Elsayed, imam of three mosques in Milan, the nerve center of the crisis in Lombardy, said:«The Islamic cemetery in the metropolitan city of Milan has existed for some years, in Bruzzano, and is a Christian cemetery in which they have used spaces for Muslims following a request from Islamic centers».

The Islamic community is expanding and so there are different needs than in the past and the situation has become very serious with the Covid and the suspension of flights. At that point not even the space of Bruzzano was enough, so the Ucoii (the union of Islamic communities and organizations in Italy) was committed to obtaining availability and permissions: in Milan an ordinance of the mayor Giuseppe Sala has opened to the arrival of bodies of other cults also from the province with some specificities. In part other positive responses were received, in part no. In Piacenza, the mayor Patrizia Barbieri granted space. Although with very limited places, some municipalities have taken the initiative: San Donato Milanese responded among the first to the emergency, granting the burial of an Egyptian woman and a young Moroccan; Saronno; Vigevano. Different cases of Varese or Cremona, where the space was, but it was saturated almost entirely as in Bruzzano». The emergency, as we know, however, developed from the municipality of Codogno: We were blown away by the attitude of the rulers of the municipalities where they identified the first outbreaks, such as Lodi, Casalpusterlengo, Crema, Soresina. Several requests have been registered, but no reply has yet been received. We thought that at least Cremona could expand, and even from Lodi we thought we would receive attention, at least, despite the continuing vetoes of the League, which governs the city».

«For the last brothers buried in Cremona they had to dig by hand to lay the coffin, there was no more space to let even the small excavator pass. In Thiene, in the province of Vicenza, a brother who died on 10 April had not yet been buried until today (22 April, ed.) because there is no space in that area». Even for situations like this we ask the municipalities a bit of courage, as it happened in Passirano (Brescia) where the mayor took the initiative to send the imam of the capital the invitation to use a space dedicated to Muslims».

How many dead Muslims are we talking about? According to the Milanese imam «to date (April 21, 2020, ed.) the brothers who have fallen throughout Italy are about two hundred». How do you consider this figure an emergency? Vasco Fronzoni, Professor of Muslim Law and Islamic Countries at the University of Naples. answers:The Muslim who dies today in Italy, usually either is buried according to state law, which is far from the Islamic rite, or must wait to be brought back to the countries of origin, but the procedure requires time and money. Only in a few cases is it possible to proceed with the burial following the rites of Islam».

The emergency has aggravated the situation in two respects:The first difficulty is given by the fact that the Italian state, while recognizing other cults ex art 8 of the Constitution, has not yet stipulated an understanding with Islam and therefore does not recognize Muslims religious rights, among which there is the burial. There is therefore a contrast between the funeral procedures of the State, which impose the coffin with the burial or burial on the one hand and the Islamic funeral rite on the other, which is often not even known». The other aspect is that in matters of funerals every municipality can arrange in a different way and therefore neighboring territories can have diametrically opposite situations. It so happens that only about fifty of the nearly 8000 municipalities in Italy have made agreements with religious associations and have set up a specific area where they can and bury Muslims with their rite, and they are really low numbers».

«In the absence of a specific national law – concludes the professor – everyone does what he wants and there is also a lot of cultural disinformation».

What do the Muslim associations in Italy intend to do? Raffaello Yazan Villani, president of ANMI, National Association of Italian Muslims and collaborator of the newspaper Daily Muslim (https://www.dailymuslim.it/), stresses: «Over the years, Muslim communities have grown, as well as families, the second and third generations and, ultimately, those who no longer have any ties with Islamic countries on whose soil to return to rest. In the same way we Italians have returned all’ilsam we are in no way protected, despite the existence of a constitutional law». And again: «the fact that Islam does not have an unambiguous reference figure as the pope can be for Catholics creates further problems in identifying subjects that can dialogue with the State, and when you do it you are not always up to the task». It is clear, however, that there is a problem of representation, and for this reason, concludes Villani: «We will wait for the situation to stabilize in order to reach most of the Italian municipalities, to demand the respect of the law in agreement with the institutions and the legislative bodies, so that an area is provided for Muslims in the territories». 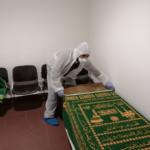 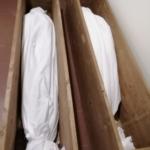 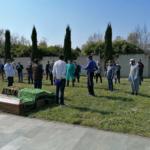 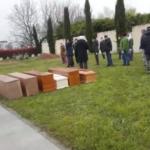