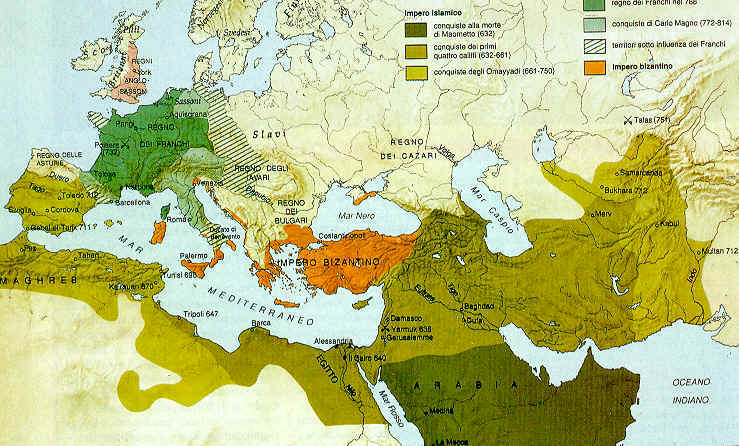 Islam, the complete code of life ordained by the sustainer of the universe, emerged as a socio-Economic and political power in the seventh century. This unpredictable and sweeping emergence was a result of the Muslims disciplining their lives in accordance with the injunctions of the holy Quran and left an everlasting influence on the humanity.

The exalted person upon whom this code of life was revealed-Muhammad(PBUH)-was born in Makkah on the twentieth of April 571 AD and breathed his last in Medina in 632 AD.
During this time the major empires neighbouring Arabia were the Persian Sassanids and the Bazantines, locked in a constant warfare Arabia, whose only previous contribution had been to send successive waves of Semitic nomads to invade the Fertile Crescent, was held by clans, Christians, some Jewish most-including Mohmmad’s (peace be upon him)tribe, Quraish. Allah, final message to mankind revealed to Mohmmad (peace be upon him) now contained in the holy Quran, attracted a few truth-loving people but infuriated Quraish, who then controlled the first house of Allah, built for the entire mankind by Ibrahim (peace be upon him).

In 622 AD, Makkah being no more amenable to hiss message, Mohmmad (peace be upon him)undertook Hijrah to Madina, and this feat of Rasool-Allah marks the start of Muslim era. In Madina, a large number of people embraced Islam.

After eight years of stay in Medina where the had to fight the most important battles of his life at Badr, Uhud and Medina itself against the invading Quraish, Mohmmad (peace be upon him) was able to subdue Makkah in 630 AD, after which the tribes throughout Arabia also submitted to Islam. His successor (Khalifa, caliph) Abu-Bakr consolidated this conquest. Later on the Sassanids were overthrown and the Bazantines expelled form Syria, Egypt and North Africa. After these conquest, the Muslims penetrated to the Atlantic, the Caucasus, the Oxus and the Indus without meeting effective opposition.

The people of these areas were not forced to accept Islam but adopted it gradually.

Today ,the influence of Islam can be felt through almost every nook and corner of the globe.